Bloodgate… Dean Richards and Nick Evans… I can’t remember who the player was that got cut by the physio.

Incorrect. Proven to be a blood sub.

McLoughlin went off and Colm Boyle came on as a blood sub.
McLoughlin then returned and Boyle stayed on but Jason Doherty came off.

So effectively Mayo were able to make 6 substitutions instead of the permitted 5. McLoughlin coming on for Doherty did not count as a sub, it counted as a blood sub. If done right then McLoughlin would have come on in place of Boyle and then Boyle would have replaced Doherty.

A bloodied player may come back on to the pitch in place of another player - (i.e. a player who was not the blood sub) and this will only count as 1 sub. 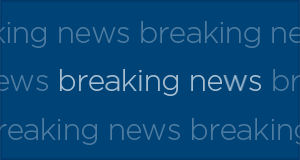 A Disputes Resolution Authority (DRA) decision from six years ago has convinced Dublin not to appeal against Mayo’s use of substitutes in last Sunday’s All-Ireland semi-final, the Irish Examiner reports.

Peader Gardiner came on for Freeman at the end though I think Keegan injury was a blood sub? Think there was confusion as Keegan broke his finger

Correct. Keegan broke his finger in two places and there was minimal blood, but enough to claim a blood sub.

We’re up 8 - 6 at half time, playing down the hill but unusually for that, into the wind. Corrigan is on song for them from frees. Reckon it will go down to the wire.

Ended up comfortable in the end, 0-20 to 0-11. Fermanagh had a man sent off with about fifteen to go and Armagh pulled away. In truth, they were relying very much on Corrigan’s frees and once they dried up they were on a beaten docket.

Any win for Armagh is a good win!!

Our Summer lasts into July!!

Any win for Armagh is a good win!!

Our Summer lasts into July!!

Could be the end of McGrath up there? Almost the last of the old school managers at that level anyway.

Was thinking the same about McGrath.

He already lost some of his panel at the outset of the season and I’m sure a lot of the younger players will be thinking of heading to the States for the summer.

It’s just getting harder for the small counties to make an impact -
no matter how much they train.

Barring the odd upset…if you play for the likes of Fermanagh and Antrim, you’re likely to play 2 games - both defeats - and your season’s over.

Yep. Unfortunately this is the narrative of our times.

And yet the Super 8’s is our white light, jaysus.

But before the back door you played just one game and that was it.

Wicklow have never won a Leinster … never. Nor Fermanagh an Ulster … Antrim last won in 1951 … none of this is new …

I think the big difference now is the sheer level of commitment and dedication required of young players.

Honestly, if you divide the hours put in training to actual play time, the ratio is higher than it’s ever been.

I never seem to understand that way of thinking. That you shouldn’t think about changing something because that’s the way its always been. Its a strange ideology to me I must admit.