A re-run of Brexit referendum. 70% vote to remain. Whole thing marred by violence on the streets. Political unrest about migration to grow across Europe, spurred on by terrorist attacks. In the States, Muller to bring Trump’s tenure to an early end with Trump eventually going on ‘health’ grounds. The US economy continues to head towards recession, but slowly. In Ireland, the protests about property/homelessness to grow. Attacks on banks grow. Eventually a general election is called by FG which sees FG pushed out of government, replaced by a coalition of FF/SF/Independents. A huge international boycott of the holding of the Eurovision in Israel. (For good news, see Sporting Predictions!!)

Would love to see that smug shitebag Varadkar get his ass kicked.

If there’s a second referendum it will be a lot closer then that. Some polls have no deal at 45%, insane as it may seem.

Why would migration grow across Europe? Other than Sweden and Germany who let in a lot of Syrian refugees, willingly and deliberately, only really italy is facing the brunt of the migrat crisis? Outside that European countries allows as much or as little non Eu migration as they choose.

You misread me Tayto. I said unrest would increase. Nor necessarily migration but watch this space. 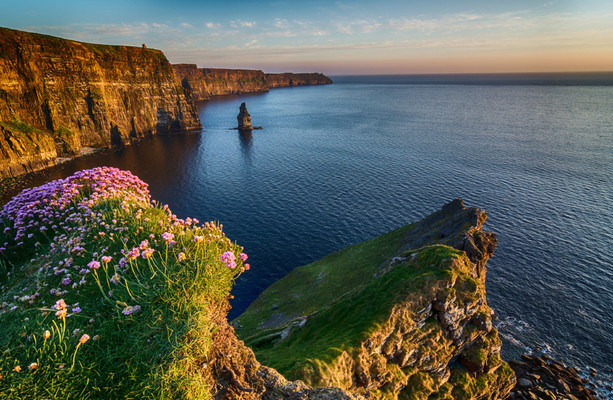 Project Ireland 2040: The key points you need to know

The €116 billion plan sets out a 23-year vision for the country.

One million. From where?

You misread me Tayto. I said unrest would increase. Nor necessarily migration but watch this space.

The sub-saharan etc. As of now, up to 20% of our population is made up of newcomers. The sociopaths in our global world plan for that percentage to skyrocket.

** I know I sold my soul for high office but if I jump now just before the train crashes, I might just save my seat.

And in a far away galaxy…

A no-deal Brexit could sink or swim the DUP depending on how calamitous it is.

SF to strike a deal with DUP as people are fed up with no Stormont. They’ll re-sell the last deal that fell through. Otherwise MLA salaries will have to be cut.

Just a bit off topic…but on the subject of predictions.

My son got the 2019 Tyrone catalogue as a stocking filler.

Flicked through it and they have a section on young players to look out for in 2019.

The first one was Darragh Canavan…and they actually called him the ‘Son of God’!

So there you have it. The roof will fall down with Brexit next year…but Tyrone to land silverware!

Tyrone for silverware? Fork off already.

You need to relax a bit more. Too much needless and pointless hate. It doesn’t change anything … only the auld blood pressure …

I spoke to spoon.

Well you got to live in hope as they say…

Back to politics and I’d love to know how the Mueller investigation into Trump will pan out next year…along with the other possible investigations.

Or to be more precise…would love to see if it damages him at the polls.

There are some commentators who reckon he could even be impeached.

But from speaking with the bro in law who lives there…his base love him regardless of wrongdoing.

We all live in hope daller. My hope is that pun police won’t catch me on this occasion!

My son got the 2019 Tyrone catalogue

Well the front cover shows the no.2 goalie…who’s apparently left the panel!

But talking of mail order brides…the team flew out to Thailand yesterday.

Was saying to someone that having MH in tow might put a dampener on things. Doesn’t strike you as the sort who’d let the hair down.

Read an article showing another fall in support for SF…which makes you wonder what’s in store next year.

Regardless of your politics…I think most commentators figured Mary Lou would improve SF’s fortunes in the south…the thought being that G Adams was preventing new voters from supporting them.

the thought being that G Adams was preventing new voters from supporting them.

That thought was the bástard child of the Dublin 4 jetset and their hired help in the media. Say something often enough and an increasing number of gullible fools will buy into it. The FACTS and figures tell a different story.