Liverpool beat Chelsea 2-1 coming from behind. Big surprise with City and Chelsea (who won their previous 9 League matches in a row) both losing on the opening day. Liverpool newly promoted this year. 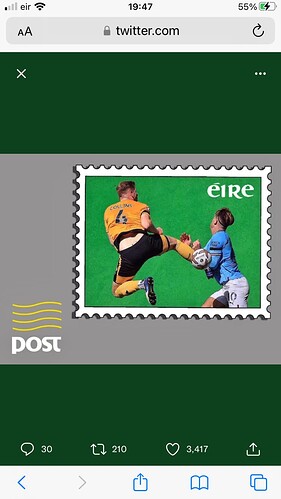 16 points on the bench for me this week in Fantasy Football.

Was in the local and they had that match on. Looked a v bad injury. Im no wimmins football expert but shes the girl from Cavan who played for Shels? Couldn’t believe Sky showed the injury so many times, they usually censor likes of that.

Ha - results wise spurs are doing well - but performances can be better. The improvement in set pieces is a massive reason spurs are unbeaten in the league

69 points and i forgot to make any changes

Dont understand how it is allowed

You’re too old for that craic

Young lad roped me into it!

He does all the grafting.

I know she played for West Ham, not sure about Shels. She is from Bailieborough, County Cavan alright. She was one of Liverpool’s top scorers last season, before they got promoted. That leg looks pretty bad the way she was dragging it as they carried her off.

Are you a woman?

Got the ball first!

Early in the season to push the button

Aye but I was missing 4 cos of the call offs. Scored heavily so feck it - it worked out.

arsenal flying, the spurs game in 2 weeks time will be a cracker.

They’re all going well, in terms of results at least, if not always performances. But they’ve all had unusually handy early runs of games.