The LGBT pride parade takes place in Dublin today and a number of organisations are taking part for the first time in their History.

I believe that it is the first time that the GAA is officially involved and GAA elite panel Referee David Gough, who once was taken to task for wearing a rainbow sweatband on his wrist says that it is great to see the GAA being involved at an official level.

The event is not without its controversy as some members of the LGBT community arranging an alternative event due to the involvement of An Garda Síochána. 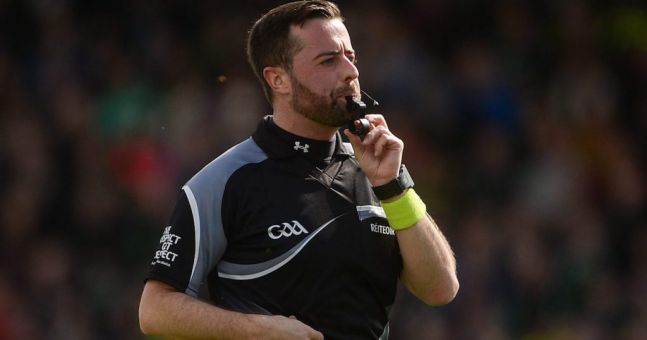 'I never thought I'd see rainbow colours on a GAA jersey' - David Gough on...

It's an historic moment.

Business world/celebs are unashamedly jumping all over Pride, I’m surprised there’s not a backlash from LGBT people

There is plenty of backlash, but imo, nothing but good can come from the gaa finally taking part. Lots of seriously backwards attitudes still involved with the gaa

Which really just reflect attitudes in some quarters in Ireland, think this is a good thing though. Remember when Donal og came out and everyone was like “meh, whatever”. We’re not that backwards a country anymore.

Fair play. Never been to ours, but the pride parade in Atlanta used to be absolutely SAVAGE craic.

Don’t think the lack of reaction to Donal Og is proof that everything is rosy in the garden. It’s been a decade since he came out & there hasn’t been a single (male) player to come out since. Why is that I wonder?

My favourite day to work every year, unreal craic and nobody shouting abuse at you!

Don’t think the lack of reaction to Donal Og is proof that everything is rosy in the garden. It’s been a decade since he came out & there hasn’t been a single (male) player to come out since. Why is that I wonder?

The marriage referendum was huge as well byball accounts, we’re getting there overall.

Agreed. But during a Cork game a man with a megaphone stood on the terrace & famously chanted homophobic abuse at him. No one did anything. Not the Guards. Not the stewards. Not the other spectators. No one.

We have come a long way & that’s great. But we still have a long way to go imo. People standing idly by & letting abuse happen because they’re embarrassed, don’t want to get involved, couldn’t be bothered, don’t think it’s their fight etc etc probably happens just as much as it always did.

Never heard about that, feck sake.

For some people coming from a patriarchal society (As it was for me in Dublin a few decades ago) a lot of “The change” in society is happening too fast, and by too fast I mean that for people, especially Males who grew up in sexist and Homophobic surroundings where homophobic slurs were common currency and their very limited sex education left them bereft of the knowledge that there were “Others” beyond “Blokes”, “Birds” and “Benders”

I regard myself as somewhat open-minded and even liberal on some issues but I find myself struggling to understand the avalanche of information coming my way. One example being when I recently attended a summit in Croke Park and one speaker touched on the subject of sexuality and informed us that it is not LGBT, it is LGBTQIA…and she added AT LEAST 10 more letters that I can’t remember.

I am not articulating my point very well and for that I apologise but do any of you have problems understanding it all?

I recently had a Man taking offence at me saying “That Man over there might know” as he wanted to be identified a “Z” (ZEE) I have also been told that one of my colleagues is gender fluid and that persons interpretation of that was that they identify as Male some days and Female other days and as such will use different toilets on different days.

Never heard about that, feck sake.

I heard about it and to be honest I don’t think I would have ignored it, regardless of the consequences.

The only complaint made (to stewards) was by one of his teammates & still nothing was done. If another high profile Cork hurler is in your corner & still nothing is done, what chance does some 16 year kid on his/her own in the school canteen stand?

I’ll remind people, coming a long way from where we were is no great progress, we still have a hell of a long way to go.

A good start, but a lot of work to be done. GAA is nowhere near welcoming enough for transgender players. Camogie and ladies football team/showers/changing room facilities shouldn’t be just for biological females. We need a more flexible gender policy for players who self-identify as female and vice-versa.

This one kinda got me…

So what if a guy says, ‘I am feeling fluid today’ and wants to use the womens’ shower rooms, which are being used by women? How many changing rooms, toilets and shower facilities will we require to suit all comers including the L.G.B T.F. (and I’m not sure of the other letters) community?

It is a valid question,and one that needs to be addressed by everyone. I’d be interested in the position on such issues taken by those pubs and hotels who are more than happy to put out the banners and cash in on the event.

Will they put in the required toilets etc?

My last job in 'Murica had one. The big, bad American multinational.

We sent a man to the moon & got him home safety with only the computer power equivalent of a small pocket calculator. But a pronoun and an 8x10 ft room is going to defeat us?

We CAN figure this out IF the will is there.