Very lazy score. He should have run towards the posts after he crossed the line. Speculation is mounting that Stuart Lancaster is set to end his successful tenure with Leinster by joining Racing 92 at the end of the season.

Thornley be crying in the horseshoe bar later

Leinster won fcuk all last season. Come up short consistently in the HC … and for the same reasons. Maybe there’s someone (or two even) better out there.

Was bound to happen at some stage and assuming he does go, he owes Leinster nothing at this stage. It was a brilliant move to bring him in as assistant to the then rookie head coach Leo Cullen, following the sacking of Matt O’Connor

Has done an excellent job, including assisting Leinster to a Champions Cup title with a win over Racing.

While sorry to see him go, he’ll leave Leinster with the best wishes of their supporters

Awful injury after the Swaine tackle . He should get 12 months

12 months might actually be just about right.
Certainly not six weeks. 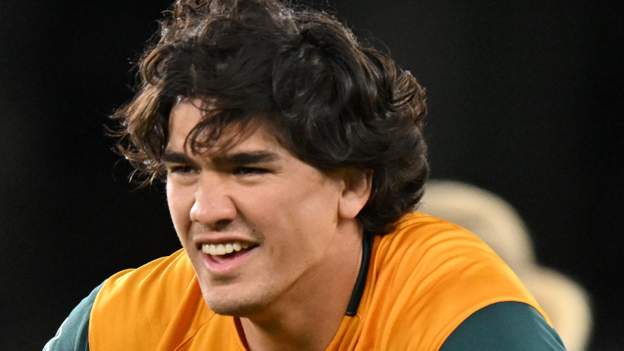 Australia lock Darcy Swain is banned for six weeks after his charge into the knee of Quinn Tupaea ruled the New Zealand centre out for an estimated nine months.

Must have been a few Irish judges sitting on that one.

For those of you who like the oval game 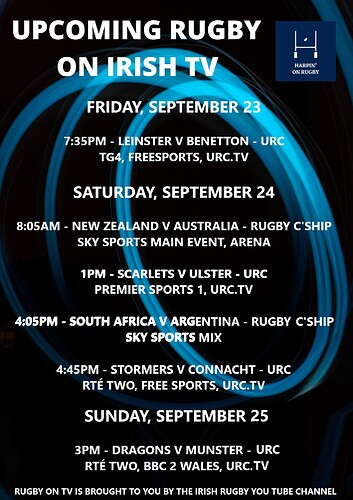 Ringrose will captain.
Frawley at 10 before heading away on tour of SA
Healy is on bench covering tighthead. 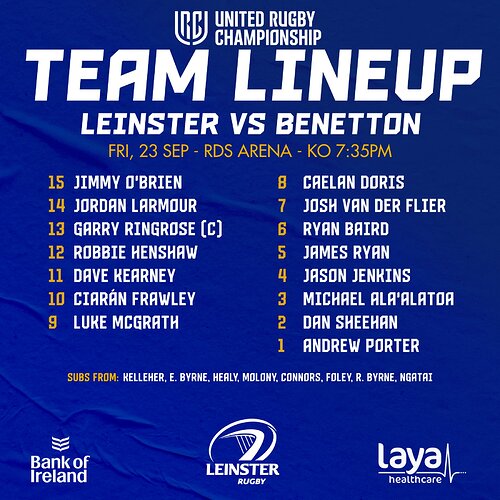 Josh van der Flier… wrap him in cotton wool for the next 10 months. Irish rugby star Chris Farrell steps away from Munster after case linked to...

An Irish international has stepped away from his involvement with Munster Rugby after cases against him and four other players were referred to a French criminal court following allegations a young woman was raped. 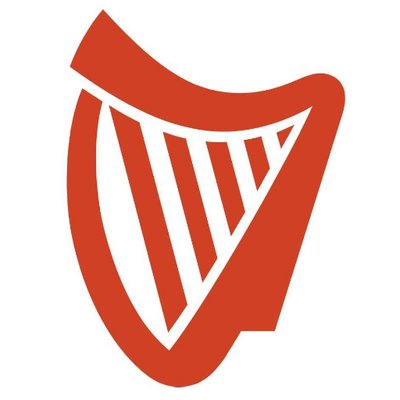 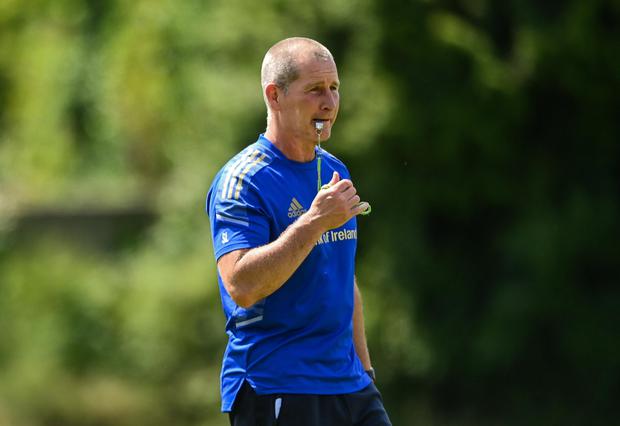 Sexton as coach? God help the players if it happened, he’s cranky enough at the best of times as it is

Sexton, by all accounts, has no interest in going into coaching.

Strange game so far at Eden Park. Much better defences both teams than the last day. ABs were dominating most of it and eventually the dam burst, 17-0 in a few mins. Aussies were down to 14 then too.
But following that they managed to dominate most of the next ten mins and were very unlucky not to get a try.

Edit: (posting a new post not working for me now for some reason). ABs get a fairly kind grounding decision from the first attack of the 2nd half and it’s 24-0 and surely game. 14 point turnaround in effect after the try the Aussies didn’t quite get late in the 1st

Jordie Barrett at 12 could be a game changer . Beaden at 15 ( his best position in my view) and Papilou instead of Kane at 7

Nice little ground Stormers Connacht are playing in. In Stellenbosch

Bundee sent off again. Mouthing off at the officials is never a good look either 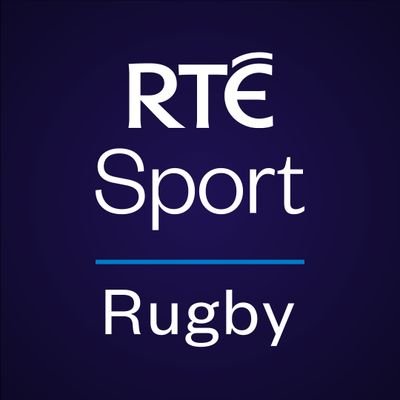 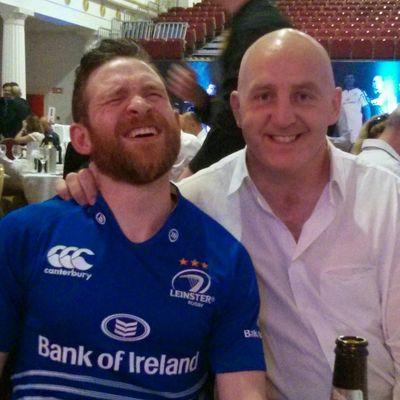 Didn’t see all of it but Munster looked piss poor today. First time the Dragons beat them since 2015 I think.