Where did I say an agreement would be imposed🤔

So what did you mean by this? I apologise if I misunderstood. I had suggested that Ukraine would not be allowed to lose, by NATO.

I meant what it says, an agreement will be made, Ukraine don’t have the military power to stop Russia and on the other hand it will be practically impossible for Russia to control, long term, a country where they are not wanted by the vast majority. At the same time Europe will not be able to cope with an on going economic crisis which will eventually lead to social unrest. The only way out is a face saving agreement.

So you are suggesting that Ukraine will be forced to cede land for peace, which is what I thought you meant. I said that I cannot see this happening. Hence your retort about Germany, and my reply.

Mea culpa. I mistakenly though you were suggesting that Ukraine would be pressurised into ceding land for peace.

They may well be by both internal and external pressures. At some stage the increasing body count could “force” a situation where the Ukraine authorities may be encouraged to say enough is enough. Sadly this will probably be while Russian forces are still occupying Ukraine. 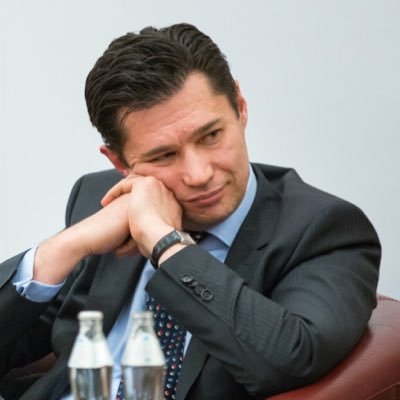 @olex_scherba
#Russia radio on #Ukraine teachers who don’t want to work for occupiers: - Why don’t we execute them & their family members, like Stalin did? - Why don’t we make a nice little GULAG there? #NaziRussia #zwastika #StandWithUkraine https://t.co/963OqJOF9l

I am not ruling it out, nor I am ruling out that they themselves will give up some territory, I just don’t see a winner in this, bar the arms industry.

I could be utterly wrong, but I have a feeling that this is about much more than Ukraine. NATO was asleep at the wheel, while Russia installed a puppet in Belarus, invaded and occupied South Ossetia, Abkhasia, annexed Crimea and invaded Donbass, having failed to install a puppet in Kyiv. NATO is now awake, including Germany. The coffee has been smelled. I believe that NATO sees that Russia must be stopped and militarily defeated, to remove it’s thirst for empire. Ukraine is the line in the sand. Any lives lost or money spent may be less than what could ensue if Russia feels that it has succeeded and heads for Moldova. Also, who would trust Russia, in a peace deal? It does not want a democracy on its doorstep and it has made that clear!

Possibly, but you could also argue that Russia now knows NATO’s hand, sanctions and military aid but no direct intervention. The problem with sanctions IMO is that they will probably backfire, a much higher % of Russian are used to living in poverty than EU folk so it it unlikely putin will have to deal with social unrest, here it remains to be seen how people will react if things get really tough. Ivana Bacik: ‘No one would expect Sabina Higgins to leave her views outside...

Labour leader Ivana Bacik has defended Sabina Higgins, stating that she was within her right to express her personal views in a controversial letter calling for ceasefire negotiations between Russia and Ukraine.

Usual suspects still defending this. Ivana probably insists that Sabina is a private citizen too

Of course an agreement will be reached…that’s how most wars end. There is rarely an out and out “winner” in war.

She may as well be their daughter. An absolute weapon. And another champagne socialist who, until very recently, was double dipping the public purse for six figures a year.

You certainly could argue that. I am consistently biased in this discussion and I fully admit that! My hope clouds my judgement.

Fucking amazes me Labour think she’s the solution to their problems.

Unfortunately I think Russia have achieved a large part of their goal, simply destroy the place, break up families, etc . No regard for human life, either ukraine or of their own soldiers, while at the same time send the EU slowly but surely into crisis. Not really convinced Putin is trying to rebuild an empire, just trying to ■■■■ up the outside world as much as he can

Fcuk up global trade, cause inflation, recession, chaos across Europe with refugees…I’d say the pr1ck is pretty pleased with himself.

His speeches auggest that he hankers after the Soviet empire. He is quite unequivocal that there is no such thing as Ukraine. He speaks of ‘Russian lands’.

Doubt it, it’s gone tits up and for all his screwing around in europe and USA they pretty much rallied and pulled together. Also Finland and Sweden are in NATO and no one will want to buy their junk weapon systems anymore.