The only man there on the field in a final 10 years later(less a week) = the Referee Dublin Joe.
He’s been around a long time.

Aye but in fairness Dublin and Kerry weren’t in the Final. But had they won their semis you may have had Mick Fitz, Jamesy and Philly there - with maybe Maxi on the bench. As you say they’re around a long time - and there’s no Kerry man left.

Gang of us on the Hill. One of my mates arrived with about 25 mins left from his brothers wedding in Portugal, half cut to tell us everything was going to be alright. Didn’t believe him mind.
The hill shaking and crying like a baby after. Next 3 days were a blur.

First and only AI so far (not for the want of trying) got a ticket about 2 hours before throw in courtesy of a Kerry buddy. Ticket was from the Dr Crokes batch IIRC.

What a day one that will live long in the memory. Was in the corner of the Canal and the Cusack. Anytime I hear Black Eyes Peas “I Gotta Feeling” brings me straight back to the aftermath.

The crowds outside Fagans afterwards and the constant tooting of car horns. Don’t think the win sunk in for a while it was quite surreal

What a day & night to follow. Remembering the CrokerQuake as Kev netted, the feeling of being kicked in the gut as Star threatened to ruin our dreams, before we won that free… calling Clux up to take it. We were in the Cusack almost behind him, he kicked it, as it traveled towards goal we weren’t sure, was it on target or starting to trail off, but then the crowd on the hill directly behind the goal started to raise as one, similar to a tsunami wave, there was a knock on effect around the stands, that spread out across the city …. The 16 year wait was over, we had in coming back from 4 points down climbed Everest and were finally over the line.

As I left the ground that evening, I bumped into an old teammate who had been alongside me 16 years previously as we beat Tyrone, he said, “Let’s enjoy this one tonight, we mightn’t see it again” While I’ve been lucky to enjoy all the wins since, he never did as Cancer took him a few weeks before the 2013 final,

We really are lucky to witnessed the decade we have

Good Article here, worth a read. 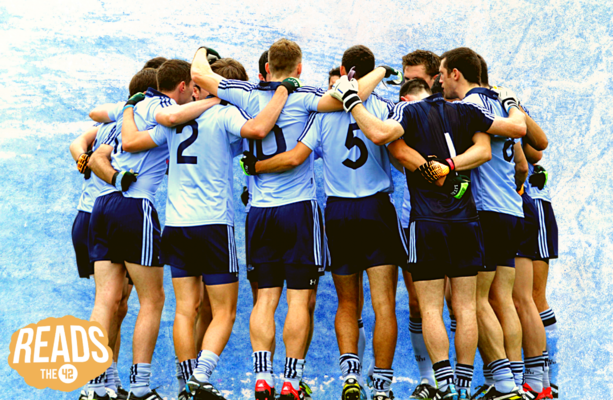 10 years on: The inside story of Dublin's 2011 All-Ireland final win

Nice piece BW. Very sorry to hear about your friend, not just passing away, presumably so young like that but also that he didn’t get to see any more of the really great days for the Dubs.

Have followed the Irish soccer team all over the world and been to every finals and every big win over the years ‘88 to 2016. But have never experienced anything like the noise and euphoria over those last 10 minutes as I did on the Hill that day.

The following few days and many days since ive played the tv recording of the game from the 64th minute on at full volume, closed my eyes and tried to reexperience those few minutes. My wife (not a Dub) thought I was mad doing this and claimed I was frightening the kids

It’s not the same but does give a sense of the noise & joy that day. There have been many great days since but that day remains and always will be the greatest!

11 was brilliant but the replay for the 5 was out of this world. the atmosphere in the Last 15 minutes when we knew we had it was was unbelievable

10 years. Wow. Words can’t ever do it justice. It can only be experienced. The very greatest of days.

I can’t decide whether this or 19 is the better day, but what a delight to have the choice.

I remember all the flags around the county, the only time I can really remember it being done to that extent. Was on the Hill for the match with my father and brother, it was great to be together for an AI win considering we had followed the team up and down the country for years and while we had all been there in 95, we hadn’t been together. As great as it is to support your team, it’s better when you get to support them with friends and family.

What a bleeding day

Greatest day for me. I was on the Hill with a mate near the Cusack side surrounded by the usual Kerry condescending boyos. All through the game going on about us giving them a good game but their class would see them through. Ignored them for most of it. They are 4 up and then it is talk of whether they will beat us by 5 or maybe 8. Nolan scores a worldie and then Kev causes what felt like an earthquake. Dorothy equalises and then we get the free. Kerry boyos are giving it socks about how terrible a team is if the goalie needs to take your frees. I didn’t see the point being kicked as I turned to the boyos with arms outstretched proclaims to be the champions as Clucko would just stroke it over like he was kicking it out. History was made by the GOAT and you new with the noise and vibration. At the end not one of the boys offered congratulations just headed off.
I was on the Hill with a mate the young fella was in the Cusack around the halfway line with his grandda. The year before we stood on the Hill and as Cork beat us my young lad turned into me with tears in his eyes and said will I ever see them win one. He is a goalie and Clucko has always been his hero. After the game I come around to the Cusack, the young fella sees me, runs to me with tears in his eyes obviously of joy this time shouting he did it dad he did it and me a huge hug. This just can’t be bet for me.

Marvellous … you can’t buy that.

Barry Cahill’s bit about his sister’s wedding with the scores level on 70 minutes is just fantastic. Even better if that’s actually what he was thinking!

I recall thinking at the time, Kerry would really have wanted that one, more than any in the previous decade, to beat Dublin a final, to win a serious final battle, and Gooch as captain, to finish off that era with a win that would rate with the hardest critics.

I think 2019 just nudges it for the Sat evening , the athmosphere with 5 mins to go and the fact we had done the 5 in absolute style and the Gaurdians would have to live with it probably forever

2011 best of all them.16 years without being in a final ,and beating the guardians for first time in championship in 34 years , priceless.

The family whatsapp was hopping about it yesterday, the oul fella( a tipp man) wasn’t slow to remind us who won the minor final. It was a good few days all round with him in fairness which I’ll never forget.

For me 2011 sneaks it, as it was the one that ends the famine, it restored us to our rightful place at the top table.

1977 was great, a super game, wonderful excitement, but we were the holders, won in 74, lost in 75 and won again in 76, as a teenager at the time being in semis & final was becoming the norm, as it would continue to be for a few years afterwards

When we won the semifinal in 2011, I remember celebrating just being there, an actual final …as the yanks say “we were going to the show” …… 16 years had been a long wait. We didn’t think we’d win, but we were there and getting there was a major step.

All were enjoyable for different reasons but for me, 2011 tops them all.