I’ve put together four different previews to the final this Sunday. They’re pretty analytical. I used to do the stuff for Grasrootsgaa. Will be covering the senior championship this year too.Have a look . 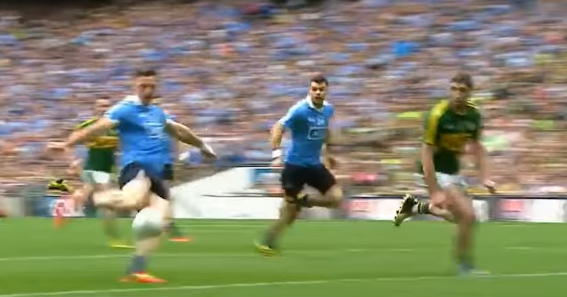 Are the Dubs Really Unbeatable?

As Mayo enter the cauldron of an eighth All-Ireland final in 27 years, the bookies have summed up the general sentiment around the coun...

Ffs stevie don’t know if more depressed reading that or Mayo hype machine! I’m not liking some of that!

Some good and interesting analysis there. Reading your analysis of the sweeper, it is something that I have always thought too.
Looking further into it, having 6 forwards v 7 backs also means there is less space for teams to move the ball out of defense easy. Dublin are great at slowing down the opposition attacks from inside their own half which allows time to funnel lads back filling the spaces left in our defense, or at least giving our backs time to organise themselves effectively.
As you say having 5v6 or 6v7 is a delicate balancing act, whichever you apply.

What nonsense. Dublin V Mayo will not be won on past performances and the author seems to think that Jim Gavin won’t have noticed errors and for sure he hasn’t devised a plan for Mayo.

I’ve put together four different previews to the final this Sunday. They’re pretty analytical. I used to do the stuff for Grasrootsgaa. Will be covering the senior championship this year too.Have a look .

Either your stats are wrong for the 2015 final or dontfoul’s are. He has us winning our own kickouts that went beyond the 45 by 5-4. Also think it’s pretty disingenuous of you not to mention that when Mayo won the majority of our long kickouts in the replayed semi last year, the count was 1-0! That’s right, we only kicked the ball beyond our 45 once. We managed to find a way to win that game by 7 points, so with all due respect, I think you’re hugely overestimating the impact of this factor.

That said, hats off for doing the blog and offering an analytical/statistical based alternative to much of the guff in the mainstream media. The piece on sweepers below is well worth a read: 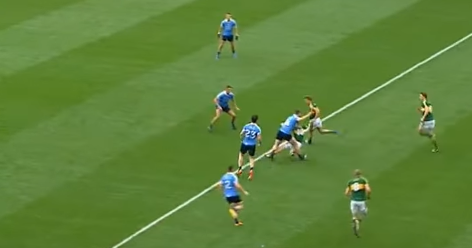 How the Sweeper Will Affect Sunday's All-Ireland Final!

Since Armagh arrived on the scene implementing what has now become known as the blanket defence and Tyrone applied it to devastating ...

What nonsense. Dublin V Mayo will not be won on past performances

I think you’ve maybe missed the point. Of course it will be an entirely different game with entirely different dynamics and of course Jim Gavin and his backroom team will have made methodical plans. I’m not sure which of two articles you’re referring to but I’ve posed the question if Dublin can be beaten. The only basis for a scientific answer to this question is to look at previous games and patterns. That’s what statisticians do. When I work with teams it’s my job to point to previous problematic patterns which need to be remedied and to point out positive patterns with a view to the management team getting the most from these elements. In game, it’s my job to see if previous patterns are being played out in that particular game and advising the management team.So I’ve broken previous Dublin games into different statistical chunks to examine if there is a precedent suggesting that this bunch of Mayo players could possibly beat Dublin. Based on previous patterns, my conclusion is that while it’s not likely (more than 50% possibility), it is a reasonable possibility and within the confines of the capacity of this Mayo team if they can replicate patterns from last year’s games and add something small elsewhere.

Sorry, I don’t understand what you mean “or dountfoul’s are”. Can you clarify.

I think you might have misinterpreted an element of what I’ve said. I haven’t given these figures anywhere. My count is based on the net scores of both teams from particular groupings of kick-outs. Who won them initially is statistically insignificant in my view. What scores came from these passages of play is. I haven’t mentioned or calculated a 5-4 count anywhere. Also, what I judge as kick-outs to the midfield aren’t as black and white as crossing the “45”. I use a distance using an imaginary arched line which starts between the “45” and “65”, so this may not correlate to other people’s stats.

central point.[quote=“URoy, post:5, topic:1102”]
think it’s pretty disingenuous of you not to mention that when Mayo won the majority of our long kickouts in the replayed semi last year, the count was 1-0! That’s right
[/quote]

I take that point, but it’s not my intention to be disingenuous. I try to keep these articles to not much more than 1,000 words. I could bring sub section in all over the place and in the statement which you’re referring to (as well as others) I could have made the point you’re making in brackets. Most people, however, don’t want to read much more than 1,000 words so I avoided it.

The point, however stands. Over the course of the four games Dublin have conceded a significant net loss in scores for/against when they’ve had to play their own kick-outs long. It is, in my opinion, significant that they not only had a net loss in total, they also have had in every game mentioned. Yes, I could have put in brackets how few kicks fitted this subgroup in one of the four games, but I don’t feel it would change the general point. I don’t have my figures in front of me but if memory serves me correctly, there were at least five long Dublin kick-outs in each of the other three games with a total of more than fifteen, if not 20, adding up to what I consider to be a noteworthy pattern, certainly one I’d be pointing out to any team I’d work with,

Sorry, I don’t understand what you mean “or dountfoul’s are”. Can you clarify.

Shining a light onto GAA stats

Apologies Stevieblue . . . Was having a bad week reading/listening to all sorts of “experts” telling Mayo how they could win. Even Flynn was at it on the Radio today . . . Hoping that Mayo would beat the Dubs . . . Permatan has no shame

No bother. Was just calling it how I saw it. Or at least how I saw it could be. I put this up since which more or less correlates with the previews http://gaaprostats.blogspot.ie/2016/09/why-mayo-came-so-closeand-whythey-didnt.html

Just saw this today, this thread is probably the best place for it. Not bad, written for a non-Irish audience - but comes to a fairly obvious conclusion.