Taped this last night, anyone watch it? 'Goosebumps', 'Superb' and 'Incredible' - tributes pour in for RTÉ's hurling...

The first episode of the three-part series aired last night. 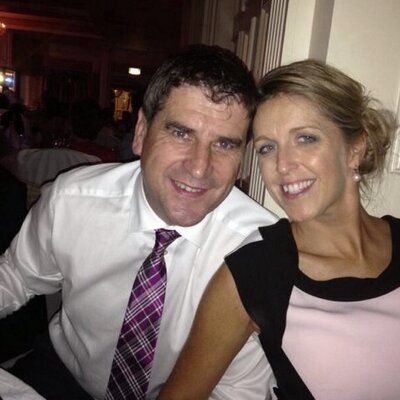 The Game was just brilliant. Great to see so many legends of the game giving us a glimpse in to the history of hurling. Especially proud of the passionate Offaly contribution courtesy of my great friend @daithi_regan & a man I admire hugely, Paul Rouse.

If you didn’t start watching it yet! Turn on @RTEOne and tune in the this incredible documentary! @_THEGAME_RTE1 #TheGame twitter.com/RTEgaa/status/…

Seán Óg Ó hAilpín telling the story of how playing hurling made him feel loved and accepted... well either my hay fever is back or there's some dust in my eye. #TheGame Magnificent documentary, episode two of three next week.
1 Like
ProudDub 31 July 2018 09:18 #3

Nice to see Anna Geary get another show about herself.

She is carving out a nice little career for herself.

Watched it last night. Brilliant programme, Seán Óg had me welling up. Coverage of the 1931 AI was amazing, and interview with KK lad (I’m from the Church of Tullaroan and I’m 99 1/2).

Nice one, will catch that on +1

Interesting first episode to the RTE hurling documentary. Lot of interesting facts & footage. Hard to know however what story it is they’re trying to tell. Very much back and forward through different eras with no particular theme or storyline connecting the different chapters as they called them.

There is a clear plan. Two threads concurrently. One going from the time of Cuchulainn onwards. The other, interviewing people about what hurling means to them today.

Did Michael Duignan cry about beating a Dublin development squad in a league game in January again?

They couldn’t film him he was so distraught.

Really enjoyed it … great mixture of new and old footage.

One question…maybe I missed it getting a cuppa…but did they mention bloody sunday?.

but did they mention bloody sunday?.

They been mentioning noting but bloody Sunday for the last three days. And it was all bloody Saturday before that …

Hurling’s really great though isn’t it? Really really great. I know I’ll get stick for this

When we were kids we’d lash a ball of tin foil around with sweeping bush handles. Little did we know that we were actually playing a variation of the best game in the world … ever.

Nah its always been the best game, like, for evah. Football is just tolerated. Except when Dublin are winning. Even some Dubs can’t tolerate it then. Wannabe culchies

Nice to see her fullstop

Nice to see her fullstop

Haven’t seen her fullstop. Is it nice?

I found it very similar to a series called a part of what we are narrated by Mick Lally a few years back. It’s a different more emotional type of paddywhackery imo. Deliberately set to pull at certain strings and in that sense it works. But once you’ve seen one of them you’ve seen them all.