You just have to love Robbie…but he goes and ruins it all by saying something stupid like…
Well by talking at all !

An Ireland team involved in a shit load of permutations, that has got to be a 1st

Does anyone know if Patrick John Joseph Roberts of Sunderland FC is Irish qualified? His name suggests he might be.

He’s not related to Tyler is he …

Heard on the radio this morning that SK is not afraid to drop “big names” , up to that I didn’t realise we had big names

I presume it means fella with more than 10 letters in their surname.

Got the hump when Swansea wouldn’t sell him to Burnley on deadline day. Queue the usual sulk and dip in performance. Dropped for couple games as a result. Came on to a chorus of boos in their last game, which they won 3 nil I think (dont think they’d won a game this year with him in the side). International window has come at right time for him I’d say. Chance to build on his performance vs Scotland, and maybe get back to working hard at his club when he goes back

Seems to have the ould Pogba syndrome …

For sure. Although Pogba was succesful atleast 1st time round with Juve (and national team). New culture though is play a couple of Prem games as a teenager, queue being told by agents/entourage/social media that youve made it, and subsequently turn to shite. Exhibit A your man from Galway with the London Drill accent. 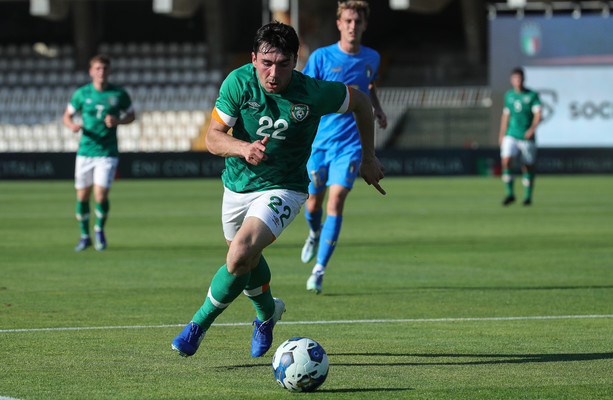 The 22-year-old sustained the injury at training last week.

Dreadful for the young fella. Seems to be highly rated by them. Also seems a grafter unlike the aforementioned. Though not sure why he has a Butchers Apron on his Instagram press release, hopefully a typo !

Will soon be seen playing for Salford I’d say

In fairness to Obafemi he has ability, scored a good amount of goals in the 2nd half of the season for a poor Swansea team. Needs to cop on though agree with that. Bad news for Kerrigan hopefully his rehab will go well for him.

Poor goal for u21s to gove away . Maher has to do better

Crawford with his clenched arse face