You come across as a knob.

Referring to a very current and delicate issue as “utter horseshit” and the inclusion of “sick, sick times” at the end of the post.

How it reads to me anyway. 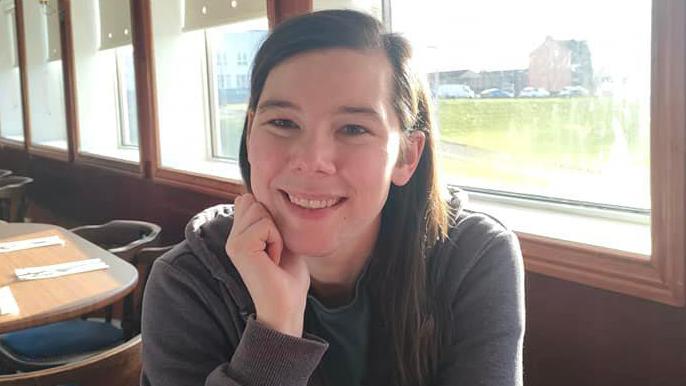 I cannot sacrifice honesty for good manners on this occasion.

That is what you posted. Foolish, illogical and judgemental. I rest my case.

A lot more posts on this topic than most of the womens sports threads here given the short amount of time this thread has existed.

Posters posting on this thread who generally have zero contributions on the other threads either.

This is disappointing in my opinion that many have much more to say on a niche and uncommon situation than womens sports as a whole.

That is your opinion. Grand. But ease off on the judgement there, Bob. People have the right to be interested in particular issues, and msy appear to he less vocal on others and you don’t have the right to pontificate about that or to judge them, according to your views as to what they should be posting about, interested in, or otherwise.

I am not pontificating. It is merely my opinion and my view that you have no obligation to agree with.

However if you want to engage in a mature, measured discussion / debate I am all ears.

most of the womens sports threads here given the short amount of time this thread has existed.

That language is transphobic, and others are defending it as this issue is so serious that “good manners isnt needed here” …please.

Well lets be very honest here, that this issue , a junior H shield match has been hijacked in order for people who feel they need to vent about trans people and their place in society. Its quite obvious that some people here feel that their voice and the voices of their coterie have been neutered. They talk of censorship and being bullied. You see at the heart of this is change and a subsequent loss of power. You can feel the rage, about a Junior H shield match , why so much anger ? It reminds me of why men in golf clubs go red with rage if you mention Greta Thunberg.
Its because she challenges the old-world where men of a certain genre had control and influence over almost everything. I am not concerned about the NaF NGA match as I can recognise that all of the doomsday scenario’s being suggested is just fear. I have daughter’s approaching adult football and I am confident that the LGFA and other sporting organisations will change and adapt and that games will continue is a safe and fair manner.

Pretty sure she did take medication at the start.
Was legally defined as female at birth but apparently the intersex thing is still questioned.
I think the high testosterone was the defining feature for the iaaf

I genuinely pity you. You’ve brought all of your own built-up fears and attempted to attribute motives and ideology to others, to fit your pre-existing narrative. Then your usual extrapolation without foundation. Calling people ‘transphobic’ to scare them off, is typical fare at this stage. In society, that often works so why not give it a bash I suppose. Apart from that, you’re been entirely unable to explain why people born male ahould be allowed to participate in female sports.

I understand some of the comments here are extreme but genuinely as you say this is change and I think the LGFA/GAA need to clarify what teams a person can play on, I don’t believe the individual deciding where they want to play is appropriate and would cause real issues at any level.

Also I’d like to add that I’ve never seen a person who wanted to play turned away from a Gaa club, I believe they will follow other spots and decide birth certificate classification will decide and this will clarify a team for everybody who wants to play.

On the level of it being Junior H, just to note I was at a the Junior G final and one of the teams it was their first adult team in the club and they are very competitive and definitely do not see it as social football

Part of the reason “Change “ can be difficult is the lecturing , finger wagging , pontificating arrogance that comes from those trying to “ educate us”

On the level of it being Junior H, just to note I was at a the Junior G final and one of the teams it was their first adult team in the club and they are very competitive and definitely do not see it as social football

Fully agree with you on this. Labelling any grade as merely ‘social football’ is unfair. There are numerous junior clubs in both men’s and women’s football working hard to win lower grade leagues and championships. Just because they may be up against a 3rd or 4th team from a big club doesn’t mean it’s not taken seriously at lower levels.

Lower level junior football aint what it used to be, even 10 years ago, majority of young lads look after themselves better now, pub culture has changed massively also contributing to this, for the better IMO

Off topic but it has been mentioned a few times, it was a junior j match not junior h. I was at a junior h match on Wednesday and it was far from social football and i am sure the junior j match was too. The grade of the competition doesn’t make it less meaningful to those who play it. Doesn’t matter what you identify yourself as not all players will play county or even for their first team in their club but that doesn’t mean playing junior z makes it not serious for them. There are mothers and other’s and dads and lads that are ran for the less competitive but even they turn very competitive The Ladies Gaelic Football Association (LGFA) has said it is developing a policy around transgender players.

'She told a Gay Community News discussion last year that while playing for a rugby team in Dublin she was asked to use a separate changing room.

“I am quite annoyed by this harsh approach,” she said.’

she is certainly getting her ‘political visibility’.

My daughter plays adult football now so this is a big issue for me. Emailed the county board but haven’t got a response. I’d urge everyone to do the same. If I was to go out and she was marking a fully grown man the game wouldn’t go ahead.