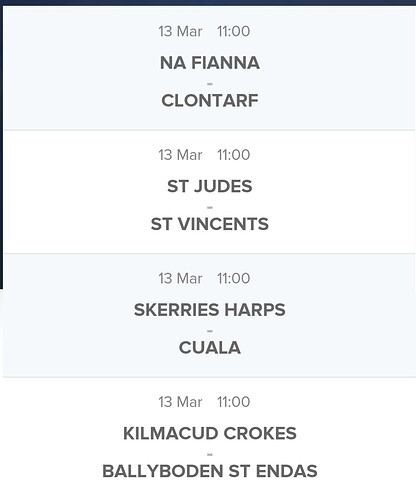 Can anyone confirm is Vincents, Castleknock & Sylvesters are still in the League?

Also, hard to work out from Dublingaa.ie who is in what league, seems to be multiple sets of fixtures for each group

Vincent’s certainly are. Surprised skerries gave a walkover. Unless their team is needed for adult teams 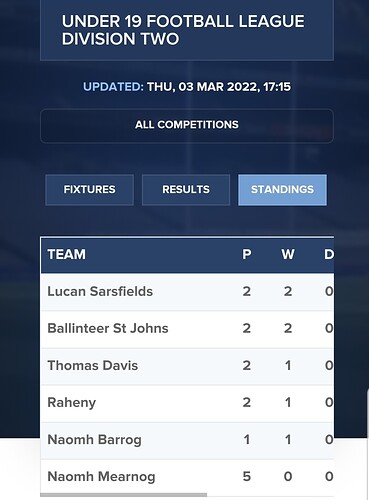 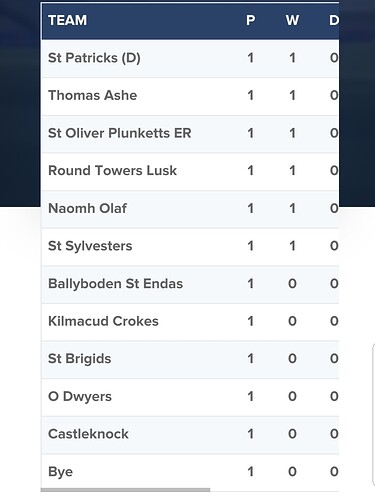 Do skerries have adult hurling otherwise that doesn’t stack up

They do I’m sure.

Would hardly concede minor A to play div 5 Hurling. Possibly have lads in with Dublin u20.?

Fingallians and templeogue withdrew too

Would hardly concede minor A to play div 5 Hurling

Why not when it’s the clubs top hurling team? Not like they are conceding to play Div 5 on the B or C team.

Vincents look to be in, given they played Boden last week. Castleknock seem to have pulled out, were in the original fixture schedule (9 teams) but not the revised one which only has 8. Hopefully Skerries complete their fixtures and everyone gets 7 games.

I’d have thought a D1 team would trump a D5 one . But I’ve no idea if there is even crossover

castleknock playing in division 3 u19

i reffed castleknock v Sylvesters. text in result and emailed in match report. syls won 1-13 to 1-10.

Div 2 not much better…

Looks like roughly the best part of 30 walkovers between U17 and U19 football this weekend. Well done to the geniuses that came up with this.