For clubs who only entered a 19s team and no 17s that’s no use as u17s can’t play adult. Also sending lads out to play adult makes it even harder to get them back for champ in sept. A lot of Dual lads will stick with the adult side for champ. No winners in the U19 mess unfortunately

Yeah hadn’t thought of that.
Absolutely no winners unfortunately

Any result from the Crokes na fianna game?

Crokes won 2-18 to 1-15. One down at halftime but had the breeze second half. More or less guarantees them the league with a couple of games left. A lot of criticism of the U19s and teams dropping out, especially in the lower divisions. But a lot of good tight games in Division 1.

Another day of conceded games. 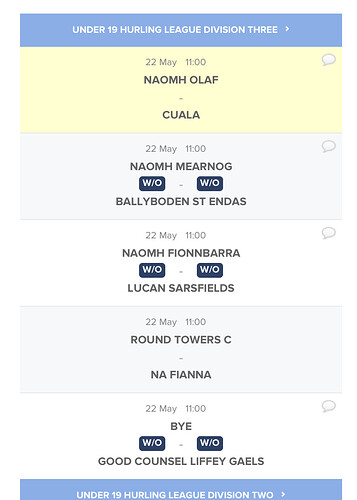 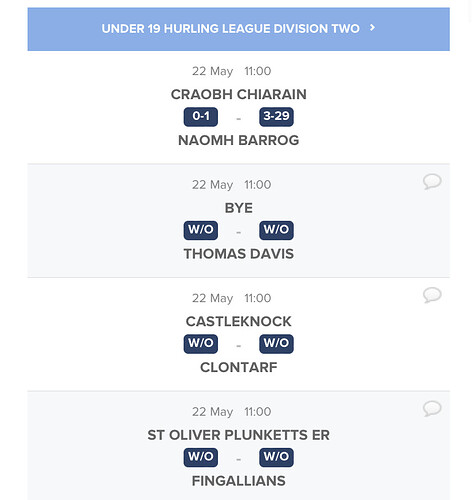 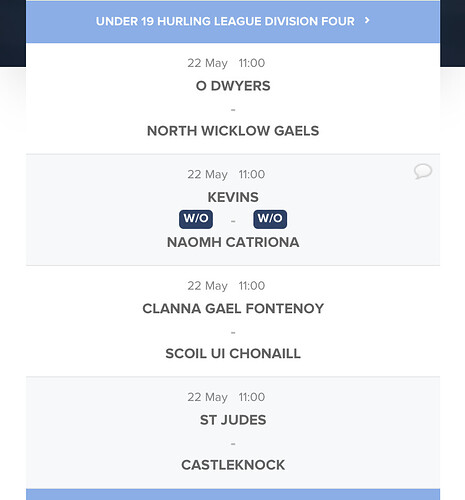 This is an absolute shit show.
Appalling

I haven’t checked, but is the Football the same or just hurling?

has the U19 league just self evaporated or combusted, will there even be a championship ???

Think the league has evaporated need some surgery to try and get some sort of championship. These lads have been very badly served by this age group.

Dcb looking for champ entry’s by next week anyways

…as was widely predicted

fail to prepare etc. Bulldoze a new competition in during the least predictable season of the last 10 showed how out of touch a lot of delegates and co board seat holders are with their own clubs.

League kinda dying a death alright. Very few games will happen over next few weeks.
Timing of champo is good though (starting Sept) so would be hopeful these lads will at least get a good championship out of the year.

If the Delegates and County Board seat holders are out of touch they need to be replaced. Anyone want their jobs?

Just cause I think M Martin is a poor leader doesn’t mean I’m fit to take his place
Obviously delegates give up their time FOC and it’s a thankless job , doesn’t mean they aren’t beyond scrutiny and can’t get called out , the handling of 17-18-19 has been of Boris Johnson proportion F UP

do you think they were in touch with what the players and relevant mentors wanted ?

most in dual clubs will still be in adult championships and most U19 thankfully are still dual players.

no date set I’m told just ealry september, just like the leagues were to finish in early May and we see how that went

I think you will find that in most clubs when meetings are called to try and find out what players want, the players won’t attend.

It’s much easier to moan and groan and know the answers after the fact than to actually give a few minutes teasing something out beforehand.

Players have no one to blame but themselves when things don’t go the way they want them.

the clubs who put forward logical and researched opposition to the plans were ignored on this matter.

17 and 19 year olds in this case ?? Really?
The county board did need to check how cold it was before the ship hit the iceberg , it’s a bloody iceberg
I get as mentioned previously it’s a tough gig but come on no one can defend this rubbish ( 17-19)

do you think they were in touch with what the players and relevant mentors wanted ?

I’ve already said that club delegates hands were tied as there was no vote allowed for u17, that change was mandatory (that’s another debate as to why DCB simply had to comply).

So the choice was U19 or nothing. I do believe the decision was correct and that throwing 17 yr olds into Adult wasn’t a runner. However to keep U17, U16 needs to go. U19 probably needs to evolve and fix the issues seen this year. But clearly U16/U18 is still the right way to go.