Leinster will double the number of games played as its U-21 championship becomes a summer-based U-20 championship in 2018.

Players involved with U-20 squads will be compelled to play for their clubs in any games arranged during this competition but that remains to be seen. Those listed on 26-man senior squads, even if they don’t play, will not be permitted to play in subsequent U-20 games.

Those listed on 26-man senior squads, even if they don’t play, will not be permitted to play in subsequent U-20 games.

Evan Comerford is only player on senior panel that u20. He will be with the seniors. Clifford from Kerry will also play senior ahead of u20 next year.

This will test the mettle of the fixtures committee!!!

Evan Comerford is only player on senior panel that u20. He will be with the seniors. Clifford from Kerry will also play senior ahead of u20 next year.

The club games he is talking about are club championship games. But because the senior footballers, senior hurlers, under 20!footballers and under 21 hurlers are all playing within days of each other several times over a few weeks it will be impossible to play club championship at that time of the year. Playing league games will also be a big problem. The County Board has some hard decisions to make over the next month or so.

Whose managing u 20,s

I would imagine comerford would stay with the senior squad. I imagine we could find a keeper for the under 20s without using comerford

Hanlon from the dubs minor

Decent Write up of the new management and some players 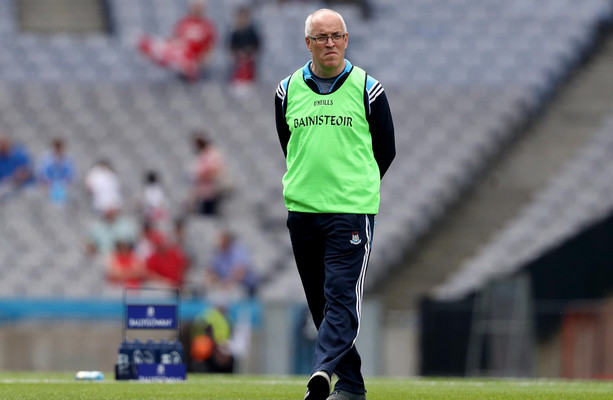 2017 Dublin minor boss takes charge of talented Sky Blues U20s side for next...

Three young Gaelic footballers have been handed the chance to advance their cause as AFL prospects with an invitation to a testing academy in Florida next month.

Will players be allowed play with their clubs or wrapped up in the Dublin bubble . Clubs barely see their senior county hurlers or footballers . This u 20 league basis championship should be run by the rules stated ( unless club game is within 6 days of championship game players should play for their clubs . Teams will be decimated. Teams could be missing 10 or 12 players between senior hurling and football , u20 football , u 21 hurling . Clubs suffering again

I can’t imagine every single club will be missing 10-12 players your only really talking about clubs like boden crokes and na Fianna and any of the other "big clubs’.Which it shouldn’t be a problem for them to replace

Not at all . Shouldn’t be a problem to replace are u mad . Brigids for example have 1 senior football 2 on senior hurling 2 on 21 hurling and possible 5 on under 20 . That’s 10 and I tell u it won’t be easy replace them . Makes an even bigger mockery of league . Suppose to be showcase of club football . No wonder crowds and interest has been lost

Clontarf have motions into convention re U20 players’ availability to clubs. Same motion in for U16 players on U17 county teams.

So clubs know what to do.

When is meeting on alan

When is meeting on alan

Thanks alan hope clubs row in behind this

Fair play to them they are 100% correct