I don’t pay enough attention but the brother was saying he’s quite good?

Listening to that orange ■■■■ at the weekend. It’s actually possible he’ll run. And win.

Genuinely would not be surprised if he ran and won. He will run. Jan06th should have been the end of him in any functioning democracy.

Could be some crack considering who his ex wife is now shacked up with. Pun most DEFINITELY intended.

Mar A Lago raided by the Feds

@maggieNYT
Trump says MAL has been searched by feds https://t.co/UEC5KE5pJm 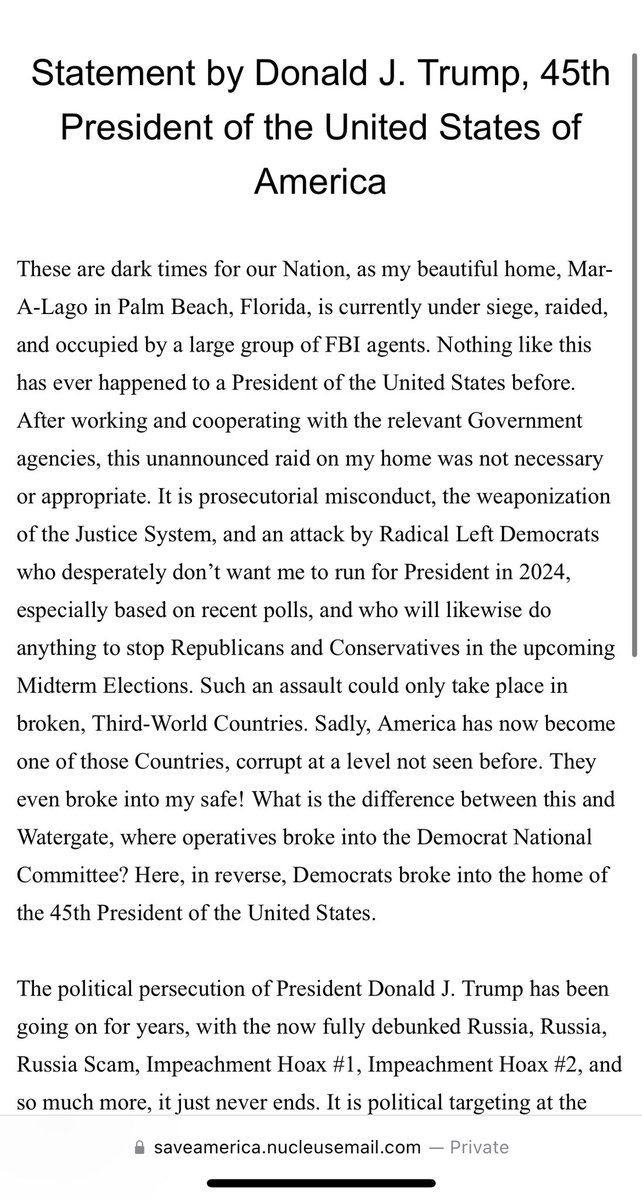 The whinny fook of a statement as always

Be interesting to see what the DOJ/FBI say. Donnie got in with his statement 1st

Requirements for a Valid Search Warrant

An application for a warrant must be supported by a sworn, detailed statement made by a law enforcement officer appearing before a neutral judge or magistrate. The U.S. Supreme Court has said that probable cause exists when the facts and circumstances within the police officer’s knowledge provide a reasonably trustworthy basis for a person of reasonable caution to believe that a criminal offense has been committed or is about to take place (see Carroll v. United States).

FindLaw's overview of warrant requirements established by the Fourth Amendment to the U.S. Constitution. Learn more about this and related topics in FindLaw's Criminal Rights section.

It might be the confidential documents he took from the white house to Florida, he pretty much admitted that already I think.

I’m generally not one for the abuse of power by law enforcement officers, but, in this one case, wouldn’t it be fucking hilarious if the FBI planted some evidence at his place…

Guessing there was something specific they were after that they knew was there for sure. The standard required to get that warrant would have been very very high

Let’s all hope is was a successful and beautiful raid. The best raid ever. 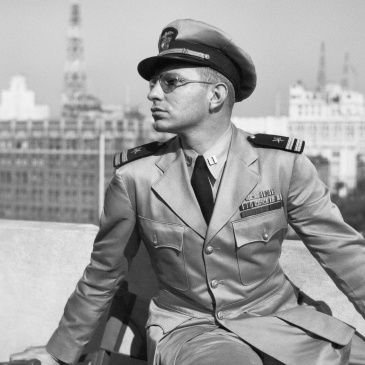 @ChrisO_wiki
MAGA Twitter appears to be having a freakout this morning... https://t.co/mxwkVhUmr6 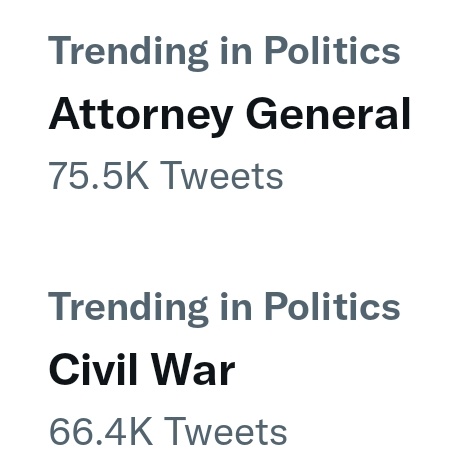 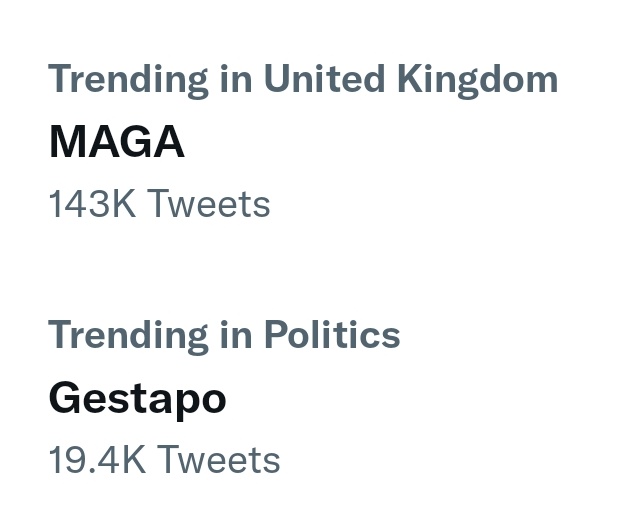 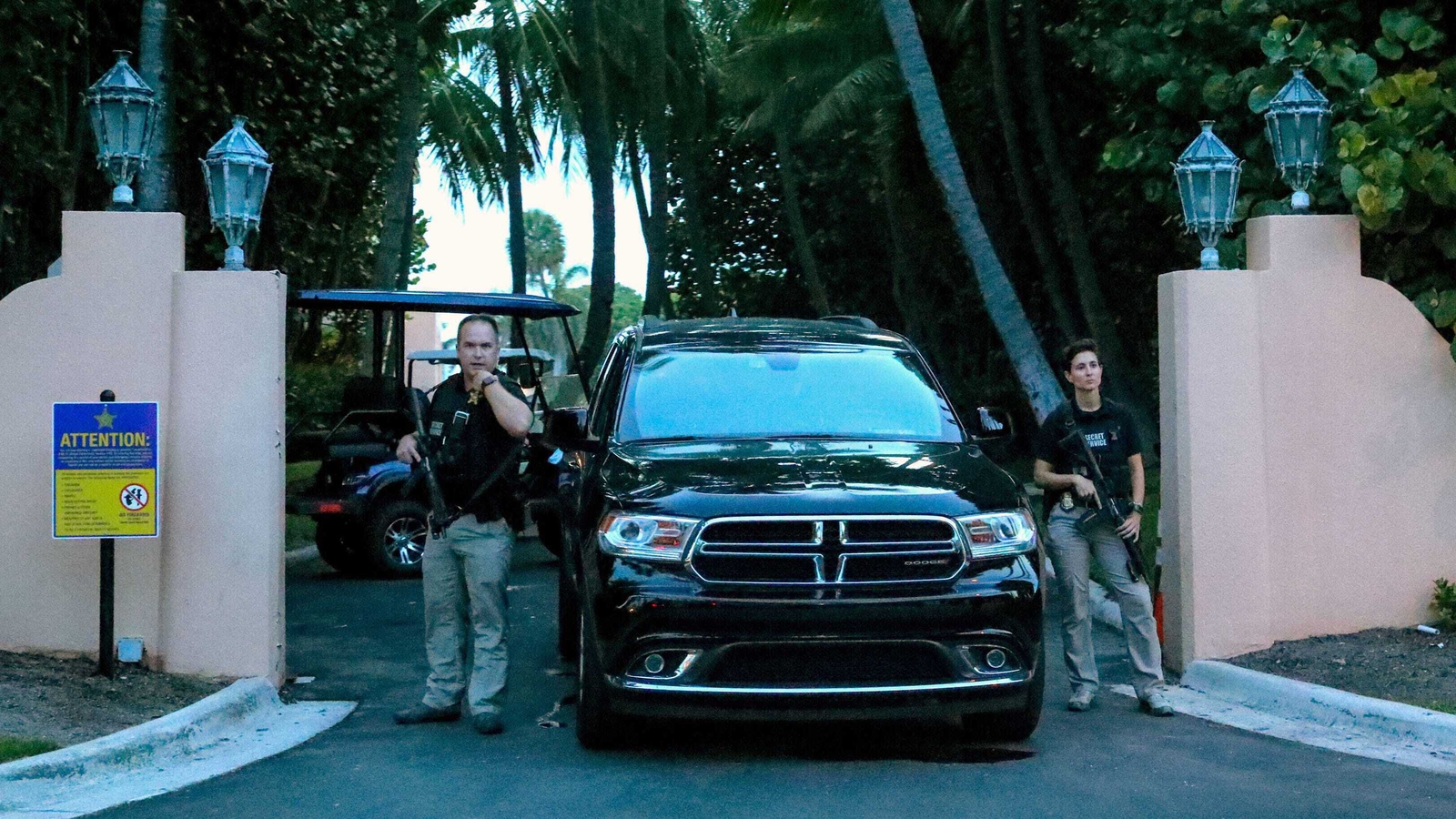 Former US president Donald Trump has said FBI agents raided his Mar-a-Lago estate last night and broke into his safe.

Listening to a former US attorney on CNN….he claimed a raid would only be done if they are very very close (and confident) of making a charge against Trump, especially in a high profile case like this. 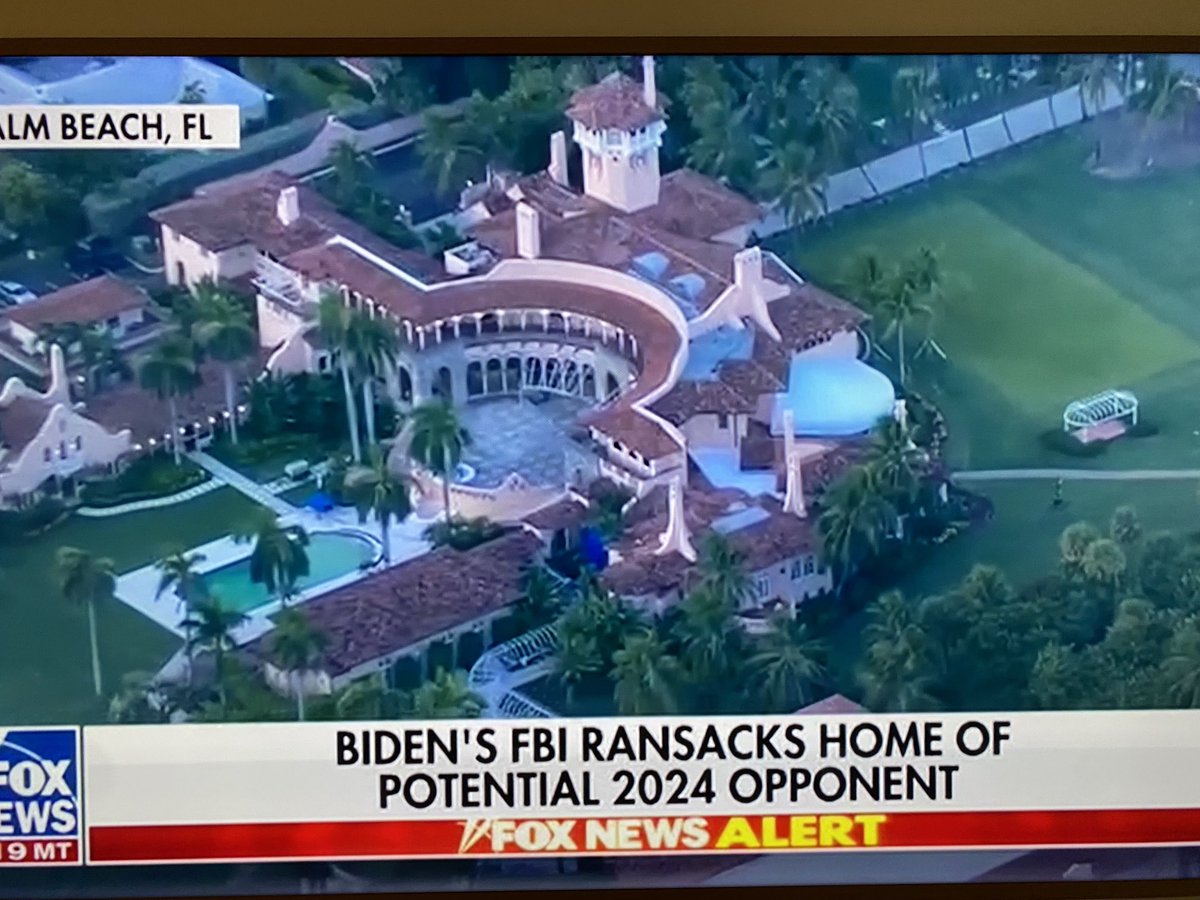 I used to have a begrudging respect for farage, I hated what he said but through he was a good communicator, or certainly he told his lies & half truths very effectively but he’s lost all grasp on reality now 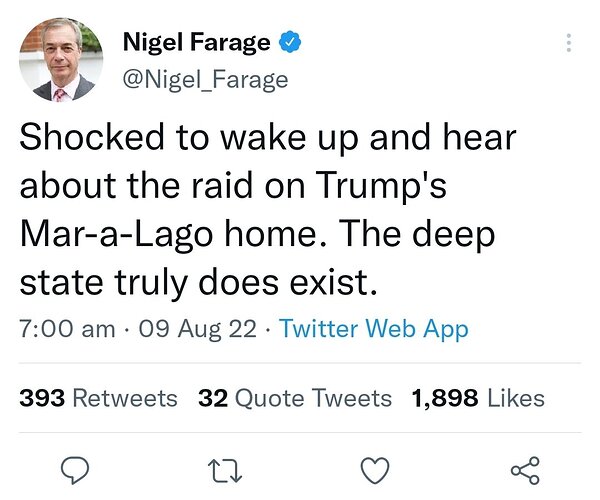