Are ye this pair?

Amen! Hallelujah brothers and sisters. Speaking of which I ended up at an Ethiopian Society New Year bash last night. Beeko will be interested to know that it’s now 2010.

Hurricane Irma spent longer than expected cartwheeling along the unfortunate North coast of Cuba. As a result it’s down to Cat 3, with two eyes, but still expected to turn North to southwestern Florida, and strengthen. Alot depends on its overall eye becoming singular and more organised again. The very warm shallow waters of the straits between Cuba and Florida, and the slow movement of Irma are perfect for strengthening in general.

Has been an incredibly dramatic and gripping week following this, and the other two 'canes. Currently looks like Jose will not follow a similar path to Irma anymore, and will head away from land though some islands still in firing line. So ironically not Jose but Irma is The Special One…

2010 again? Do we have to relive the five goals to Meath and losing to the langers again?

Really bizarre occurrences in the Bahamas with the ocean drying up as Irma sucks all the water with it! Never seen that before.

Never seen that before.

I spat my coffee all over my baby daughter laughing at that!!! Thankfully she’s thick skinned!

Incredible drama with this storm right now, slowed right up after Cuba like a giant war ship getting ready to advance on it’s final target, the US. Has been turning ever so slowly towards Florida after going along the Cuban coastline. I’ve looked at countless live reports, feeds, forecasts, maps, charts, cameras, discussions and everything that the modern world can do to track what’s going on or going to happen, and still…nobody really has a clue what’s next. You couldn’t make it up for a movie. It could well strengthen back to the worst case, it’s getting bigger all the time, it could crawl up the Florida west coast, it could wander off into the Gulf.

Hope neither of you own a condo in Naples. 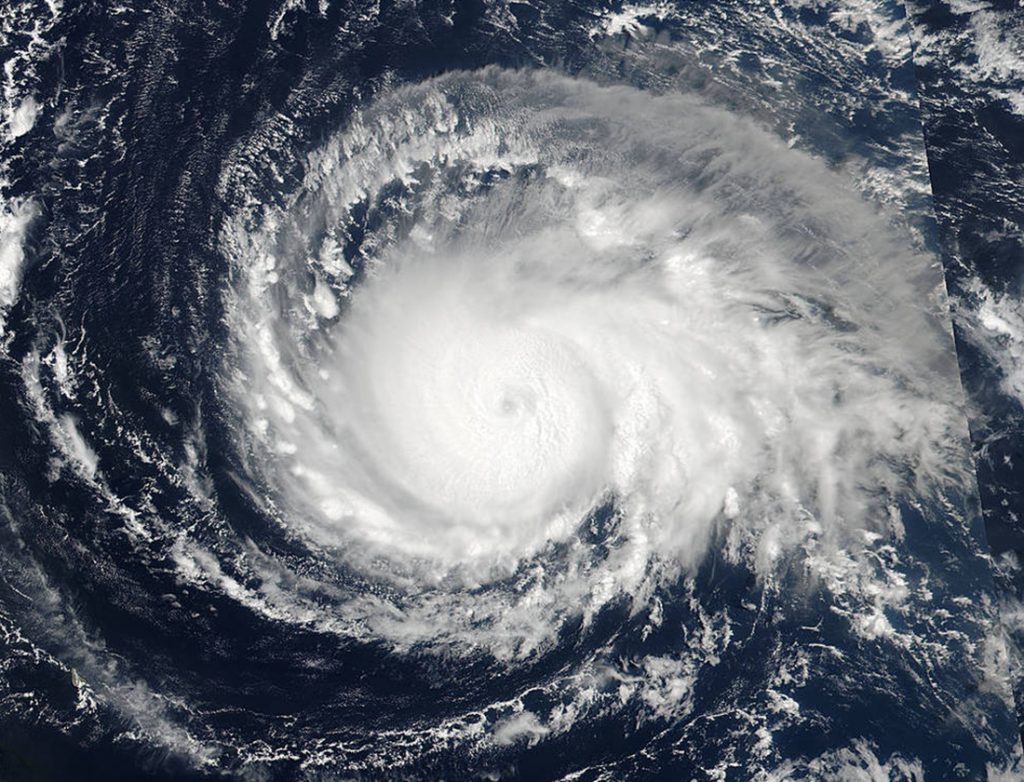 First Harvey, now Irma. Why are so many hurricanes hitting the U.S.?

Some uncertainty still surrounds Hurricane Irma’s fate, but here’s what to expect -- plus an explainer on why this hurricane season is churning out so many extreme storms in the Atlantic Ocean.

Is this punishment for Trump ? End of days stuff there .

Is this punishment for Trump ? End of days stuff there .

Miami has had quite a bit of flooding from the storm surge, and that side of Florida has had tornados since 12-24 hours before the centre of the storm came, but in terms of hurricane wind, rain, and storm surge, it’s the Florida Keys, and the other side of southern Florida that have been, and are being hammered. Massive storm surge at Naples. 140 mph winds.

Looks like Irma heading inland now enough to kill much of it’s power but the rain flooding and surge as far as Tampa will be hugely, bigly, and all that.

sure there are lads shooting at the bloody thing in florida.

Nah. It goes in cycles. You’ll get a good stretch of a few years, where no major named storms make landfall in the lower 48 and then one year, you’ll get three or four in a month.

The mainland US has never had two Cat 4 storms hit in the same season, let alone space of 2-3 weeks.

I still remember the summer of 2005. Gives me nightmares to this very day.

The 2005 Atlantic hurricane season was the most active Atlantic hurricane season in recorded history, shattering numerous records. The impact of the season was widespread and ruinous with an estimated 3,913 deaths and damage of about $158.9 billion, the costliest on record until surpassed 12 years later in 2017. Of the storms that made landfall, five of the season's seven major hurricanes—Dennis, Emily, Katrina, Rita, and Wilma—were responsible for most of the destruction. Stan was the most destr...

$159.2 billion is a lorra, lorra money mate. That’s nearly as much as Aido spends on hair gel for a month.